What Archaeology Can Tell Us About The War Of 1812

No doubt crickets chirped and birds warbled in Maryland fields in August 1814, but underneath the lazy sounds of deep summer there was tension and confusion. The British had opened a new front in the war that started in 1812: predatory raids around the Chesapeake region to disrupt commerce and create alarm among the people.

A new book is being published that alerts us not to the written history of the War of 1812 but to what we can learn from the physical remains, the lay of the land, the artifacts. what archeology can add to the narrative we thought we knew. The book is called "Archaeologyof the War of 1812."Sheilahtalks with its co-editors, JulieSchablitsky, ChiefArchaeologistof the Maryland State Highway Administration, andMichael Lucas, who just left the Maryland-National Capital Park and Planning Commission, where he was research director forarchaeologicalfield projects. He's now Curator of Historical Archaeology at the New York State Museum.

Tags
Maryland Rockets' Red Glare: the War the Song and their Legacies Sheilah Kast
Sheilah Kast is the host of On The Record, Monday-Friday, 9:30-10:00 am. Originally, she hostedWYPR's Dupont-Columbia University award-winning Maryland Morning with Sheilah Kast from 2006 - October2015. She began her career at The Washington Star, where she covered the Maryland and Virginia legislatures, utilities, energy and taxes, as well as financial and banking regulation. She learned the craft of broadcasting at ABC News; as a Washington correspondent for fifteen years, she covered the White House, Congress, and the 1991 Moscow coup that signaled the end of the Soviet empire. Sheilahhas been a substitute host on NPR’s Weekend Edition Sunday and The DianeRehmShow. She has launched and hosted two weekly interview shows on public TV, one about business and one about challenges facing older people.
See stories by Sheilah Kast 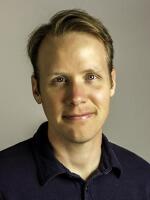 Matt Purdy
Matt Purdy is senior producer of Maryland Morning. He keeps an eye on city government, health policy, history, science, and music. Before coming to the show, he was a freelance reporter and producer in the WYPR newsroom. He reported on everything from crime in the city to legislation in the General Assembly. His short radio documentary about his bicycle trip across the United States won a 2010 ShortDoc Award from the Third Coast Audio Festival. You can follow him on Twitter.
See stories by Matt Purdy