Your Maryland - "The Burning of Havre de Grace"

On a beautiful morning in May 1813, the people of Havre de Grace awoke to a terrifying sight.

Out on the bay were the towering masts of a British fleet, and rowing toward them were landing craft filled with Redcoats. Admiral Cockburn, “the scourge of the Chesapeake,” had brought his reign of terror to the place the Marquis de Lafayette had named "Harbor of Mercy".  As his raiders swept ashore, the American militia fled, leaving only one defiant Irishman standing in their way.  This is his story.

Tags
Maryland Rockets' Red Glare: the War the Song and their Legacies 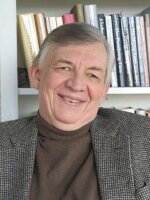