The immediate threat of a four-day strike by unionized service workers at Johns Hopkins Hospital is over, following an intervention by Governor Martin O’Malley. The Republican and Democratic gubernatorial nominees host party unity rallies. An opening date is set for the Horseshoe Baltimore casino. Plus: incinerator construction halted, Remington development rekindled, homelessness in Baltimore County, water quality at MD beaches, and more.Strike At Hopkins Hospital Averted (Temporarily):A planned strike at Johns Hopkins Hospital will not happen. At least, not for another week. Governor Martin O’Malley has stepped into the conflict between hospital management and the approximately 2-thousand service workers represented by 1199 SEIU United Healthcare Workers East. The union workers had planned to go on strike today, for four days. But O’Malley called for a one-week cooling off period, and both sides agreed. The Baltimore Sun says that they’ll return to the bargaining table. Union and hospital officials have been unable to reach an agreement on wages. The union has already struck once this year, back in April, and union officials say that if negotiations are not fruitful, they could decide to strike again. Governor O’Malley’s office says it will not play any further role in brokering an agreement between the two sides. The Baltimore Business Journal has more.

Republican Unity Rally:The three Republicans defeated by Larry Hogan in the GOP gubernatorial primary gathered last night for a unity rally. Harford County Executive David Craig, Charles County business executive Charles Lollar and Delegate Ron George shared the stage with gubernatorial nominee Hogan at a Severna Park event, where they vowed to help him defeat Democratic Lieutenant Governor Anthony Brown in the November election. The three said they’ll work to get out the Republican vote; for Hogan to become governor, turnout will likely be key, as Democrats hold a 2 to 1 voter registration advantage in Maryland. The Baltimore Sun has more here; there’s more here from the Washington Post.

Democratic Unity Rally: There was a Democratic Party unity rally last night at well, where Anthony Brown took the stage and praised the work of his two chief rivals for his party’s nomination. One of those candidates – Delegate Heather Mizeur – joined Brown onstage, and pledged “full support” for his campaign. Organizers had said Brown’s other main rival in the primary – Doug Gansler – would be there, the outgoing state Attorney General did not appear. Gansler tells the Baltimore Sun that he had conflicting family obligations. Gansler’s mother, who the Sun notes has long been active in Montgomery County politics, did attend last night’s event.

Md. GOP Primary Upsets Show Preference For Purity--Sort Of: WYPR's Joel McCord and Bryan Sears of The Daily Record talk about a few incumbent Maryland Republicans who lost their seats in this week's primaries, and what the results say about how the party operates. It’s this morning’s edition of Inside Maryland Politics.

Incinerator Construction Halted: The construction of a waste to energy incinerator in South Baltimore was temporarily put on hold this week… after state regulators said the facility’s builder did not buy required pollution offset credits, aimed at making up for the plant’s emissions. New York-based developer “Energy Answers” could face up to $8-million in fines for failing to buy the credits. The Baltimore Brew reports that the Maryland Department of the Environment is offering “Energy Answers” an opportunity to pursue a settlement of the violations, but the company hasn’t said whether it will. Opponents of the project are hoping to prevent the construction from re-starting; they argue that the facility would pose a serious health threat to people who live and work nearby. If the project is completed, the facility would generate 120-megawatts of power by burning trash.

Remington Development Rekindled: Plans for a development in Baltimore’s Remington neighborhood are being rekindled, now that Sewall Development has announced plans to buy the site. The “25th Street Station” project was abandoned last month by its original developer, amid opposition from neighbors. The development, as originally approved, would be anchored by a Walmart store; the Baltimore Business Journal reports that it’s not yet clear if Walmart will be involved in the resurrected version of the project.

Opening Date Set For Horseshoe Baltimore Casino: An opening date has now been set for Baltimore's new Horseshoe Casino. Casino officials say the nearly half-billion-dollar facility will celebrate its grand opening on August 26th, pending regulatory approval. The 122-thousand-square foot casino is being built in South Baltimore, near M&T Bank Stadium, and will employ around 17-hundred people when it’s up and running. The Baltimore Business Journal has more.

Baltimore County’s Homelessness Reduction Plan: Baltimore County has a new plan to prevent and reduce homelessness. Speaking yesterday at the future site of a permanent and supportive housing facility in Rosedale, County Executive Kevin Kamenetz said the ten-year plan focuses on seven "key strategies" that have worked in other areas of the country. He says the county is committing more than a half-million dollars in next year's budget to begin implementing the plan. Officials estimate more than 550 men, women and children are homeless on any given night in Baltimore County. The Baltimore Sun has more.

Light Rail Stations Reopen Early: Three light rail stations that had been closed to repairs are reopening ahead of schedule. The Mount Washington, Cold Spring Lane and Woodberry stations closed about a week ago to address erosion issues and were expected to remain closed for up to three weeks. Crews say they were able to stabilize soil and build a retaining wall faster than originally predicted. The Baltimore Sun has more.

Baltimore Baseball: The Orioles play a doubleheader against the Tampa Bay Rays today at Camden Yards. The first game starts at 1:05pm; the second at 7:05pm.

Washington Baseball: the Washington Nationals lost yesterday’s game against the Chicago Cubs; the score was 5 to 3.

Hotdogs At Oriole Park: A man who's touring the country rating ballpark hot dogs says he's found perfection in Baltimore. Tom Lohr gives the Esskay frank at Oriole Park a top score of 30 out of 30. Stadium dogs are graded on the bun, taste, toppings, price, portability and "it factor." The Tulsa, Oklahoma native is giving Camden Yards itself a perfect score, as well. 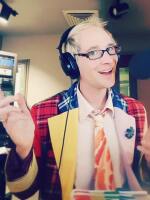